A timeless conflict in the Middle East 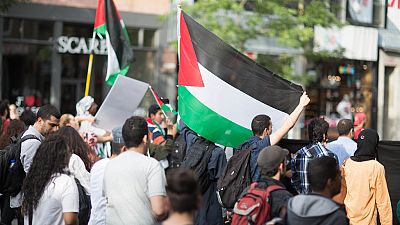 The Ottoman empire also known as The Turkish Empire or The Ottoman Turkey reign in the Arab world from 1299 to 1923. It was founded by Oghuz Turks under Osman in the northwestern Anatolia.

The empire underwent transformation from a Sultanate to empire that made it to become a transcontinental dynasty. The rise of Ottoman empire is attributed to series of raids they undertook to enlarge their front.

During the First World War, United Kingdom and France secretly intended to have control of the Arab world under the Sykes-Picot Agreement Russia’s assent. The negotiation of the treaty occurred between 1915 and 1916. The agreement saw the Arab provinces of the Ottoman Empire split from Arabian Peninsula. Both British and France took control of those areas.

In 1917, under the Balfour Declaration, Britain backed a national homeland for the Jewish people within Palestine. Arabs on the other hand often opposed the European rule through tension and a number of conflicts.

Among the Arab there was a setback of unity amongst themselves. The Islamic Arabs were divided into Sunni and Shia. They also had ethnicity differences that made it more difficult to push their urge as a block.

Israelis declaration of independence in 1948 triggered an eight-month war with Arab states and a continuing conflict with the Palestinians over disputed borders and occupied land. This is the only time the Arabs unanimously came together to fight one common enemy who were the Israelite and the European nations.

The western inversion to Middle East can be attributed to dependence to oil which later emerged into political alliances in the region. For instance, USA partnered with Saudi Arabia in support of stable oil prices, stability in the oil fields and oil shipping of the Persian Gulf, and stability in the economies of Western countries where Saudi Arabia had invested.

USA supported Baghdad during the Iraq-Iran war between 1980-1988. Washington and Riyadh-led forces evicted Iraq from oil-rich Kuwait in the first Gulf War in 1991. Despite this, USA under the tenure of George W. Bush, invaded Iraq on claims of weapon of mass destruction. The war lasted for nine years (2001-2011) after which they withdrew their troops.

Numerous conflicts in the Middle East brought a lot of instability that lead to the Arab Spring uprisings that toppled regional strongmen and a civil war that is still being experienced in Syria. The Arab spring swept across Middle East to the Norther African Arabic countries like Libya, Egypt and Tunisia.

Continuous and unanimous conflict may have facilitated the rise of jihadist groups like Al-Qaeda and the most recent, Islamic State organization. The Islamic State is now the major terrorist group that is considered dangerous all over the world. The group has claim territory in parts of Iraq and Syria. It has also claimed responsibility for the Paris attacks, downing of Russian airline and even numerous deaths in Syria.

Unless quick mitigations are undertaken, the world might soon capsize to endless conflicts.