Tensions are rising between Burkina Faso and neighbouring Ghana following Ghana's claim that Ouagadougo had invited Russian mercenaries into the country.

"These 48 hours were marked by the words of Ghana's president Nana Akufo Addo on an alleged contract between the transitional government and a private Russian company. Faced with such a situation, the logical thing to do was to urgently summon the Ghanaian ambassador in Ouagadougou, but also our ambassador in Accra for consultation", said Karamoko Jean Marie Traoré, Burkina Faso's Deputy Minister for Regional Cooperation.

Faced with jihadist attacks since 2015, Burkina Faso has been increasing ties with Russia in a bid to defeat the rebels.

"As for our ambassador in Accra, he reported to us as soon as these remarks were made. So we also invited him for consultation so that we could examine together what action would be taken on this matter. In any case, a verbal note of protest was sent to the Republic of Ghana via its national representation in Burkina Faso", added the Deputy Minister for Regional Cooperation. 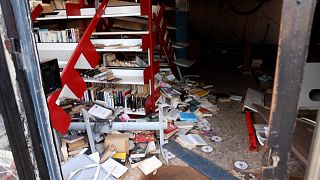