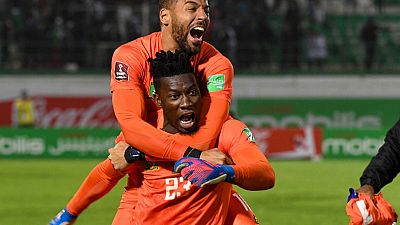 Cameroon's goalkeeper Andre Onana has been "dropped" from the squad ahead of Monday's 2022 World Cup match against Serbia, a source at the Cameroon Football Federation (Fécafoot) said.

"Onana has been left out of the group, we are complicating our lives a bit," the source said, adding that the Inter Milan goalkeeper has been replaced by Devis Epassy, who plays in Abha, Saudi Arabia.

The goalkeeper was dismissed for disciplinary reasons, it added, without specifying the reason or duration of the dismissal.

The 26-year-old, who has 34 caps for Cameroon, was a starter at the African Cup of Nations in January-February, where Cameroon finished third, and kept a goal for the Indomitable Lions in their opening match against Switzerland, which they lost 1-0.

At Inter, coach Simone Inzaghi initially alternated between Samir Handanovic and Onana, with the Slovenian playing in the Italian league and the Cameroonian in the Champions League, before the Indomitable Lion established himself as a starter from October in both competitions.