It is estimated that globally 65 million people live with limb amputations, according to a study by the African Journal of Disability.

In South Africa, amputee care is a service most cannot afford. Prosthetics can cost anything from 20 000 US dollars to 100 000 US dollars. Sibongile Mongadi is the founder of Ukuhamba Prosthetics, a small business that uses 3D technology to produce low cost prosthetic limbs out of recycled materials such as water bottles.

She says her gum infection four years ago led her to start the business.

“I just had a gum infection so my local clinic referred me to my local hospital and from there I witnessed and saw how our people are struggling to access prosthetics. On the very same day, I engaged and tried to put myself in an amputee situation where they were not able to access prosthetic limbs," said Mongadi

I thought yes it might not be me but what if it is one of my loved ones? We don’t know what the future holds. I asked what’s the problem? The user told me that he has been on the waiting list for more than 5 years,” Mongadi added.

While Sibongile has dreams of increasing the production of prosthetics from her small facility, activity has been impacted by South Africa’s energy crisis.

“When we encounter load-shedding, it delays our turnaround time. When a user comes we used to say that within eight hours we will be able to produce your prosthetic.”

Michael Stevens from Jumping Kids, an organization that supplies and maintains quality prosthetic equipment for children, believes that while the old way of manufacturing technology has worked, the future is towards prosthetics that have high-tech features such as gyroscopes and accelerometers.

The previous solutions that have been used for the last 30 years, mechanical solutions, should be coming down in costs. Prosthetics and amputation have been looked at as a niche issue and there are a few people who are going to need this. So, therefore it’s going to get expensive because it doesn’t have scale.” Explain Stevens

According to a McKinsey report, prosthetic innovation will improve global health by 2040. Innovative 3D-printed, robotic prosthetic limbs can provide African amputees with an affordable and high-quality alternative in comparison to conventional prostheses. 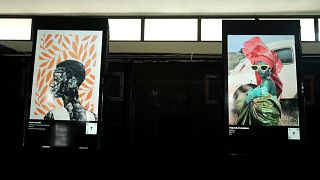