The two "simultaneous explosions" occurred on a road alongside the ministry and caused "several casualties", Somali police spokesman Sadik Dudishe said, adding: "We will give more details later". 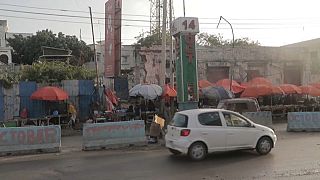