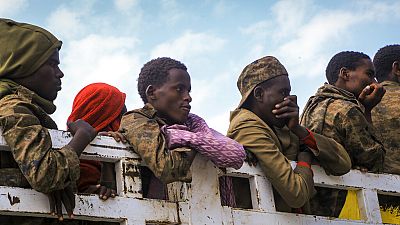 Ethiopian authorities say they have taken control of three towns in Tigray, the embattled northern region that has seen a resurgence of fighting since August.

The Government Communication Service in a statement Tuesday (October 18) said the towns of Shire, in the region's northwest, and Alamata and Korem in the south have been taken from Tigrayan control.

The statement said Ethiopian forces had taken “maximum care” to protect civilians from harm. The three towns were taken “without fighting in urban areas,” it said, adding that authorities will coordinate with humanitarian groups in the areas that have come under the control of Ethiopian forces.

Ethiopia is under pressure to begin the peace talks that were set to kick off this month in South Africa. They were delayed because of logistical issues.

United Nations Secretary-General Antonio Guterres said Monday the situation in northern Ethiopia is “spiraling out of control." The U.N. and the African Union are urging an immediate cease-fire.

Fighting resumed between Tigray forces and federal troops in August, bringing an end to a cease-fire in place since March that had allowed much-needed aid to enter the region. Eritrean troops are also fighting, on the side of Ethiopia’s federal military.

Millions of people in northern Ethiopia, including the neighboring regions of Amhara and Afar, have been uprooted from their homes and tens of thousands of people are believed to have been killed since the conflict broke out in November 2020. 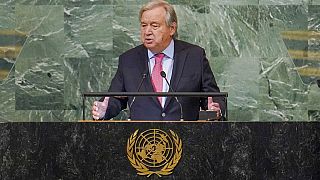