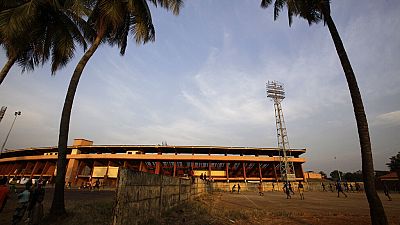 A mission from the International Criminal Court (ICC) arrived in Conakry on Monday evening to assess the state of preparations for the trial of the alleged perpetrators of the massacre of opponents at the Conakry stadium on September 28, 2009.

On that day, soldiers killed at least 157 people and raped 109 women in the stadium where thousands of opponents to the presidential candidacy of junta leader Moussa Dadis Camara were gathered, according to a UN commission of enquiry.

The judicial investigation was completed in December 2017, with a dozen defendants referred to court, including Mr Camara. The trial is yet to be held, despite multiple commitments from the authorities in Conakry, particularly under the regime of former president Alpha Conde, who was overthrown by a military coup a year ago.

"We came to see the state of preparations for the 28 September trial that everyone is waiting for. The president of the transition made an extremely important statement for us by indicating that it was essential that this trial be held before the anniversary date. That is to say, 28 September," Senegalese Mame Mandiaye Niang, deputy prosecutor at the ICC, told the press.

The head of the junta, Colonel Mamady Doumbouya, has instructed his justice minister to do everything possible to ensure that the trial opens before the 13th-anniversary date, but no date has yet been set.

"This reiterated desire has challenged us. So it was important for us to come and see how the trial was being prepared," added Mr Niang.