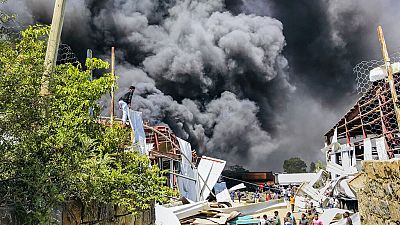 The Sudanese foreign ministry on Tuesday summoned the Ethiopian ambassador, saying Ethiopia had shot down a plane from Sudanese airspace.

On August 24, the Ethiopian army announced that it had shot down a plane loaded with weapons destined for the rebels in Tigray (north), which had "violated Ethiopian airspace" after flying over Sudan.

At a press conference in Khartoum on Monday on the resumption of hostilities in northern Ethiopia, Ethiopian Ambassador Yibeltal Aemero Alemu "There is no doubt that the news of the plane that flew over Sudanese airspace into Ethiopian airspace and was shot down by the Ethiopian army is true…"

In a statement on Tuesday, the Sudanese foreign ministry said the Ethiopian ambassador had been summoned, saying its director general for African affairs, Fadl Abdallah Fadl, had denounced "baseless allegations".

Ethiopia did not specify the origin of the aircraft or when it was shot down.

Fighting resumed on 24 August between Tigrayan rebels and the Ethiopian Federal Army in border areas of Tigray.