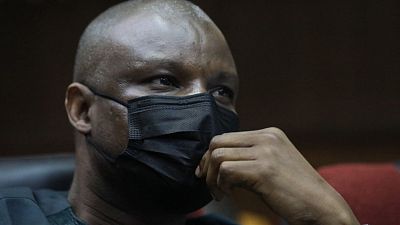 A Nigerian court on Monday rejected a request to extradite a former top police official to the United States after he was implicated by a Nigerian influencer in a fraud case.

Former federal police number two Abba Kyari was suspended after he was implicated in the case of Nigerian influencer Ramon Abbas, known as Hushpuppi, who pleaded guilty to money laundering and other offenses in the United States.

After Kyari was indicted in the U.S., Nigeria's attorney general and minister of justice, Abubakar Malami, filed an extradition request for the former police officer in the Federal High Court in Abuja.

Justice Inyang Ekwo however rejected the request on Monday, saying the attorney general should know that the Extradition Act "prohibits the surrender of an accused person who is already on trial before a competent court in the country.

And the ex-policeman is indeed on trial in Nigeria for an alleged link to drug lords.

According to the FBI, Hushpuppi's fraudulent activities have cost his victims a total of nearly $24 million.

According to the FBI, citing court documents, Hushpuppi admitted to paying Kyari a bribe for the arrest of a former associate. Kyari has denied the charges. 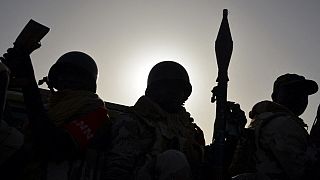