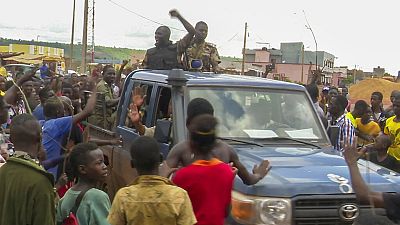 Mali's armed forces said, Wednesday, terrorists had simultaneously attacked a military camp located in the western town of Kalumba, and the camp in Sokolo.

The armed forces of Mali also denounced "terrorist infiltration attempts" in "the Hamadoun Bocary Barry camp" as well as an attempt at "the Air Force compound" in the city of Sevaré, central Mali.

In the last few days, the jihadists of the Sahel-based Al-Qaeda nebula have stepped up the pressure on the Malian junta, with an unprecedented level of coordination of operations.

This comes at a time of deteriorating security context. The West African country has been plagued by war since 2012 and shaken by two coups d'état in two years (2020, 2021).The Group for the Support of Islam and Muslims (GSIM, JNIM in Arabic), affiliated to Al-Qaeda, looks to extending its influence amid the confusion.

One of the lastest major event was the Friday attack on an army building in Kati, a garrison town 15km from Bamako and the heart of Mali's military apparatus where the president of the transitional authorities resides. One soldier was killed in the attack.

It is the first time that such a strategic and symbolic site is targetted.  Al-Qaeda jihadists had in recent years been targeting security posts in rural and peri-urban areas in Mali's north and centre.

It is a way to tell "(the authorities) that they can strike anywhere, as far away as possible" from their base, said a Malian observer of the security situation in Sévaré (centre).

The day before the Kati attack, six coordinated attacks were launched simultaneously in the centre and south of the country at 5am. A first. These southern regions (Sikasso, Koulikoro, Kayes), formerly spared by the foot soldiers of the jihad, are now a target.

Most of the attacks are claimed by the GSIM, created in 2017 by the merger of several factions: Al-Qaeda in the Islamic Maghreb (Aqmi, a pioneer of Sahelian jihad, born in Algeria in 2007), the groups Ansar Dine of Malian Iyad Ag Ghali and Al-Mourabitoune of the late Mokhtar Belmokhtar, and the Katiba Macina of Amadou Koufa.