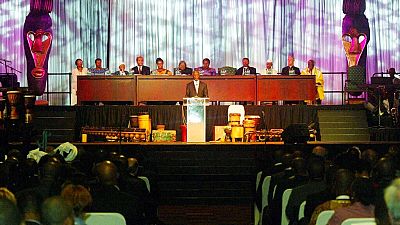 "Our candidate, Chief Charumbira, has won the post of PAP president," Loide Kasingo, deputy speaker of the Namibian parliament, told AFP via text message. He was elected by a large majority and was immediately sworn in, the PAP confirmed in a tweet.

The assembly has been meeting since the beginning of the week at its headquarters in Midrand, an industrial town halfway between Johannesburg and Pretoria.

Charumbira was expected to win ahead of two other candidates from South Sudan and Malawi.

The Zimbabwean is the first delegate from southern Africa to be elected as its head, after several presidents from West and East Africa.

Created in 2004, the PAP is composed of more than 200 MPs representing some 50 AU members, appointed by their respective parliaments.