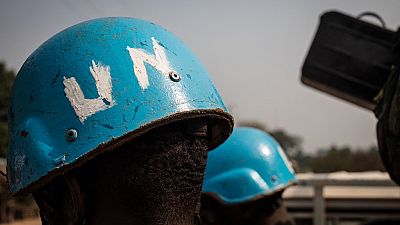 Rwandan and Zambian peacekeepers from the UN peacekeeping mission in the Central African Republic (MINUSCA) have driven rebels out of a town in the northeast of the country's nine-year civil war.

MINUSCA, whose official said two rebels had been killed, said on Sunday it had acted under its mandate to "protect civilians" in the town of Ouanda-Djallé, more than 800km northeast of Bangui.

But the rebel Coalition of Patriots for Change (CPC) accused the UN force of "fighting alongside Wagner's Russian mercenaries and militias allied to Central African forces", in breach of its "obligation of neutrality".

CPC fighters seized Ouanda-Djallé on 16 June, causing many of its 7,000 inhabitants to flee into the surrounding forests, according to several local MPs close to the government of President Faustin Archange Touadéra.

"In accordance with its mandate to protect the civilian population (...) MINUSCA launched a military operation on 26 June," the UN mission announced in a statement on Wednesday. A few days earlier, MINUSCA spokespersons had announced that a contingent of Rwandan and Zambian soldiers had arrived in the town and had tried in vain to negotiate with the CPC to withdraw its fighters.

The peacekeepers "engaged in energetic actions" with ground troops and helicopters, and "the armed elements were forced to withdraw from the locality," MINUSCA said on Wednesday. A senior MINUSCA official assured AFP on condition of anonymity that two rebels had been "mortally wounded".

The Central African Republic is the second least developed country in the world, according to the UN, and has been the scene of a civil war since 2013, which was very deadly in its early years but has diminished in intensity since 2018.

At the end of 2020, the most powerful of the many armed groups that shared two-thirds of the territory at the time joined forces within the CPC and launched an offensive on Bangui to overthrow President Touadéra, who called on Moscow to rescue his impoverished army.

Hundreds of Russian paramilitaries - "mercenaries" from the private security company Wagner, according to the UN - then joined several hundred others already present since 2018 and made it possible to drive the armed groups out of a large part of the territories they controlled.

The UN regularly accuses the Russians, Central African soldiers and rebels of committing crimes and abuses against civilians. 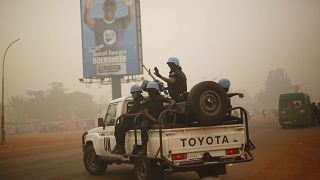