Cars and motorcycles, in long lines. This view has become common in Africa's most populous country.

Nigerians can spend as much as eight hours queuing for fuel, as they lose most of their day waiting and not working.

The fuel crisis was exacerbated by the Russia-Ukraine conflict. The war has caused prices for importing fuel to go up by more than 100%.

If the government has blocked petrol prices a 165 naira or about 0.4 US dollars per liter, retailers complain they operate at a loss and motorists can't bear the brunt of the war anymore.

Waiting in line, Adeniran Abiodun a cab driver is one of them: "I will be able to get fuel now and consume the fuel and after I have to come to the queue again, and queue for a long period of time. And this is not helping us in any way. I actually want to appeal to the government of the day (the current government) to help us and to see what they can do to help the masses because we are really suffering."

Nigeria is Africa's biggest oil producer. In May, the country produced an average of 1.42 million barrels per day, according to the OPEC cartel. However, the West African nation imports almost all of its fuel since its four refineries fail to cover the population's needs.

She doesn't believe the current situation which is worsened by the war in Ukraine is bound to remain unchanged. She bets on a revival of the sector to defy the odds: "Nigeria should stand as an advantage, that should be an opportunity for us to key into that market. [...]  We shall see Europe, you know, some countries in Europe and other parts of the world, you know, fighting towards Nigeria, looking towards Nigeria for oil."

Nigeria is already Europe's first liquified natural  gas supplier and since the war erupted, Europe has looked for ways to strengthening the partnership. 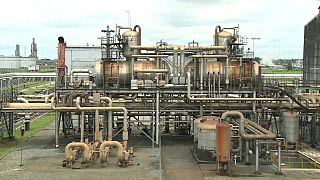 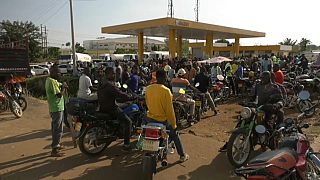 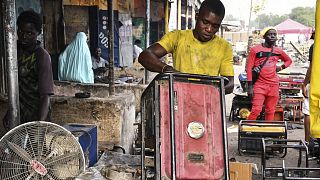