Carine Kanimba, the adopted daughter of imprisoned Rwandan opposition figure Paul Rusesabagina, called on President Paul Kagame on Wednesday to release her father, saying his fate was in his hands, during a press conference in Brussels.

"As my father always says, during the genocide when he stood up to the people who wanted to hurt people inside the "Milles Collines" (hotel managed by Paul Rusesabagina -ed), he said: "I know that inside each person, there is warmth in their heart, somewhere where if we reach out, we can get there and find the good in that person". So we call on President Kagame to look in his heart for that space and free our father," said Carine Kanimba, the daughter of Paul Rusesabagina.

At the end of a trial in 2021 that Belgium considered neither "fair" nor "equitable", he was sentenced to 25 years in prison for "founding and belonging" to the National Liberation Front (FLN), an armed group accused of carrying out deadly attacks in Rwanda in 2018 and 2019.

According to his relatives, Paul Rusesabagina, whose 25-year prison sentence for "terrorism" was confirmed on appeal on April 4, suffered a stroke in prison a few weeks ago, for which no reliable diagnosis has been made. In addition, he suffers from severe pain in one of his arms, leading to fears of "a cardiac arrest", according to his daughter.

"As a country that attaches great importance to values such as the rule of law and respect for human rights, Belgium cannot look away from the situation of Paul Rusesabagina, who after all is a citizen of this country," said Els Van Hoof, a Belgian Member of Parliament.

A staunch opponent of Paul Kagame for over 20 years, Paul Rusesabagina was made famous by the film "Hotel Rwanda" released in 2004. This feature film tells the story of how this moderate Hutu who ran the Hotel Mille Collines in Kigali saved more than 1,000 people during the 1994 genocide, during which 800,000 people were killed, according to the UN, mainly from the Tutsi minority.

Mr. Rusesabagina had been living in exile in the United States and Belgium since 1996, before being arrested in Kigali in August 2020 under murky circumstances, as he got off a plane he thought was bound for Burundi. His relatives denounced "a kidnapping". 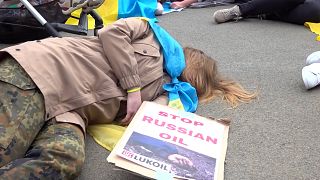 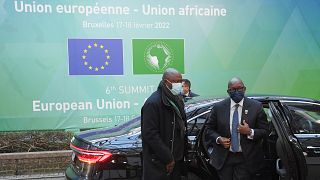 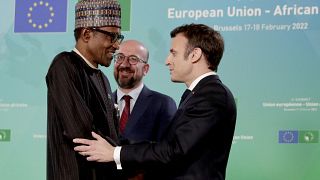