A UN Security Council request for independent investigations into the alleged Moura massacre in Mali has been blocked by Russia.

The request was contained in a statement drafted by France and submitted to the Security Council for approval Friday. Russia, backed by China, opposed it, according to several diplomats.

Moscow and Beijing "did not see the need" for this text, considered "premature" while an investigation has been opened by the Malian authorities, said one of these diplomats on condition of anonymity.

The proposed statement to the Security Council underlined the "deep concern" of its members "at the allegations of human rights violations and abuses in Mali, in particular those perpetrated against civilians in Moura, in the Mopti region, from 27 to 31 March 2022.

The draft text called for "thorough and independent investigations to establish the facts, find those responsible for these violations and abuses and bring them to justice.

In a statement Friday in Moscow, the Russian Foreign Ministry congratulated Mali on an "important victory" against "terrorism" and described as "disinformation" allegations about the massacre of civilians by Malian forces, as well as those about the involvement of Russian mercenaries from the private company Wagner in the operation.

In a report, the NGO Human Rights Watch reported the summary execution of 300 civilians by Malian soldiers associated with foreign fighters between March 27 and 31 in Moura.

Malian authorities claim to have "neutralized" 203 jihadists in the central Malian town, where the UN has been demanding access for more than a week to investigate under its Security Council mandate. 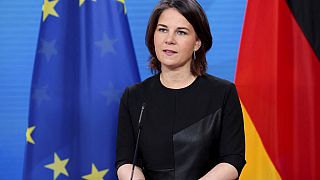