The new mission, Atmis, replaces the current mission of nearly 20,000 military, police and civilians that will be gradually reduced to zero by the end of 2024.

The purpose of the new mission is to continue the fight against Shebab jihadists.

The US Deputy Ambassador to the UN, Richard Mills, described Shebab extremists as "representing a formidable and adaptable threat to Somalia and East Africa more broadly".

Somalia's capital, Mogadishu, has been the scene of multiple terrorist attacks.

Two separate attacks last week in the centre of the country resulted in at least 48 deaths.

Somalia has been waiting for parliamentary and presidential elections for over a year.

The mandate of the current head of state, Mohamed Abdullahi Mohamed, known as President Farmajo, expired in February 2021 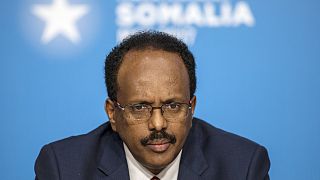