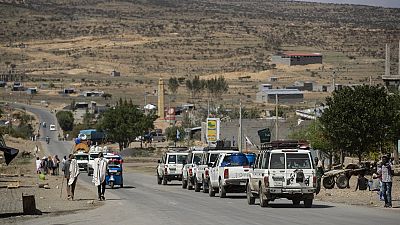 A convoy of trucks carrying food aid entered territory controlled by fighters loyal to the fugitive leaders of Ethiopia’s Tigray region on Friday, the first humanitarian convoy to do so since Dec. 14, the United Nations World Food Program said.

The arrival of the trucks came eight days after Ethiopia’s federal government declared an immediate humanitarian truce. The U.N. estimates that 90% of Tigray’s 6 million people are in urgent need of humanitarian assistance. It says 100 trucks must enter every day to feed people there.

“WFP-led convoys to Tigray are back on the road & making steady progress,” the agency said on Twitter. It added that the trucks “**arrived in Erepti" carrying over 500 metric tons of food supplies "for communities on edge of starvation.**”

Erepti is a district in the neighboring state of Afar, into which the war has spilled in recent months. Fighters loyal to the outlawed party of Tigray's leaders — the Tigray People's Liberation Front, or TPLF — are present in six districts in Afar, having entered the region in December.

Getachew Reda, TPLF spokesman, said on Twitter that 20 WFP trucks had crossed into territory controlled by their fighters and are now on their way to Mekele, the Tigray capital. The Tigray fighters had said they would observe the humanitarian truce declared by the government if aid started to reach Tigray.

“This is one good step in the right direction,” Getachew added. **“The bottom line, though, isn’t about how many trucks are allowed but whether there is a system in place to ensure unfettered humanitarian access for the needy!**”

Ethiopian authorities on Thursday urged humanitarian groups to transport aid supplies by air “as much as possible.” “The Ethiopian government is still determined to work with its collaborators and stakeholders to provide humanitarian aid to those in need,” said the statement by the Government Communication Service.

In recent months, some food and nutrition supplies have been flown into Tigray, but these represent a fraction of the region’s needs. Banking services and phone lines also remain down across Tigray.

The U.N. Office for the Coordination of Humanitarian Affairs said Thursday that several agencies have been forced to suspend operations “due to (a) lack of supplies, cash, and fuel.” 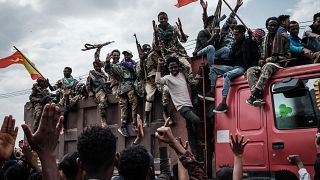 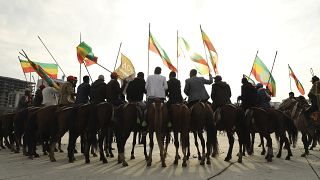