Ethiopia’s Prime minister has said there will be negotiations on a cease-fire between his government and the rival Tigray forces who have been waging war for almost 15 months, the chairman of a diaspora group that had a private meeting with him said.

Negotiations on a cease-fire between Ethiopia’s government and Tigray forces could take place. The chairman of the American Ethiopian Public Affairs Committee, told the Associated Press on Tuesday, Prime minister Abiy Ahmed was contemplating the option. Abiy has never said so publicly as international mediation efforts continue amid one of the worst humanitarian crises.

Mesfin Tegenu revealed he discussed privately with the Ethiopian chief of government on Saturday. The man described the tone and the five-hour meeting with Abyi as “a very earnest desire to stop this thing. ... Of course, the other side must be willing.” The prime minister “said that there will be reasonable negotiations, that will keep the interest of the integrity of the nation first,” and the new U.S. special envoy who visited Ethiopia last week “would have ideas” about the process, Mesfin said. They want the population to push the TPLF to negotiate, Mesfin said of Abiy’s government.

There was no comment on the chairman’s account from Abiy’s spokeswoman, or from the Tigray forces spokesman.

The decision not to pursue was an unpopular one for many Ethiopians, Mesfin told the AP. “Most people wanted (the prime minister) to advance, really finish this war,” he said. That’s why his committee requested a meeting, he said. They expected Abiy’s deputy or chief of staff to attend, but the prime minister walked in.

The Tigray People's Liberation front announced it had resumed fighting with the federal governemnt allies on Monday, citing a move compelled by “repeated attacks”. The fighting has been blamed for the latest delays in aid delivery to Tigray along what is considered the only open land route for humanitarian deliveries. The United Nations last week said food distribution in Tigray has reached its “all-time lowest” while more than 50,000 children are thought to be severely malnourished.

The war shifted late last month when the Tigray forces, retreated into their northern region under pressure from a drone-supported military offensive. Since the war erupted in November 2020, around tens of thousands of people have been killed and millions displaced. 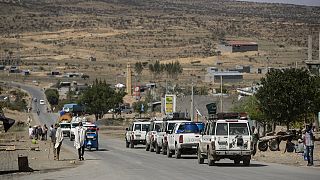 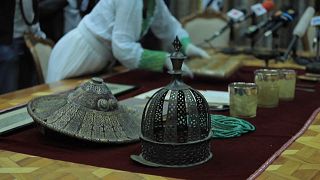 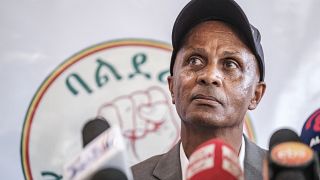