A few days after the summit of ECOWAS heads of state held in Accra on March 25, the Burkinabe government reacted Thursday saying it will do things on its own terms.

"The government of Burkina Faso has only one deadline. The deadline is to do things right, to plan its actions in accordance with the realities on the ground, in all objectivity and with the greatest possible prudence and realism." government spokesperson Wendkouni Lionel Bilgo told journalists at a press conference.

The government spokesperson stressed that the transition duration was adopted by consensus during the national conference.

On the case of former President Roch Marc Christian Kaboré, Bilgo hinted that consultations had been initiated for three weeks for Kabore's return to a family residence of his choice. "When a solution is found, he will be in a residence with appropriate security,"

There have been growing calls in Burkina Faso for the release of the ousted leader Kabore who has been under house arrest for two months since the coup that brought the military to power.

ECOWAS heads of state at its last meeting on the social and political situations in Mali Guinea and Burkina Faso called for the unconditional release of the former president. 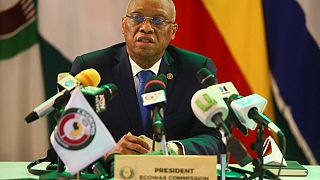