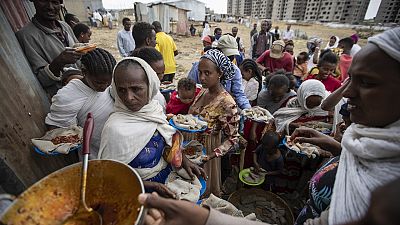 Ethiopian federal authorities and the Tigray rebels have accused each other of blocking humanitarian aid convoys that were supposed to reach this region of northern Ethiopia following a recent "truce".

In a statement issued on Tuesday, the Ethiopian government said it had "used all available means to assist its citizens in the Tigray region, but has not been able to get the cooperation of the other side". "The 43 trucks of food aid that the World Food Programme (WFP) was allowed (to deliver) could not be transported to Tigray because of the closure of the road (...) by the TPLF fighters," the statement read.

On Tuesday morning, as in recent days, the TPLF repeated that "no humanitarian aid has arrived in Tigray since" the announcement of the truce denouncing what it called "false claims" by the Ethiopian authorities.  Adding, "delivery of unimpeded humanitarian aid" should be "separated from political issues".

The situation on the ground in Afar or Tigray is difficult to verify independently. Humanitarian organisations have not reacted to these latest mutual accusations.

On 24 March, Prime Minister Abiy Ahmed's federal government announced an "indefinite humanitarian truce" in the almost 17-month conflict with the Tigray People's Liberation Front (TPLF) rebels, to allow "the free flow of humanitarian aid" to the famine-prone region. A few hours later, the Tigrayan rebels had indicated that they wanted to respect the truce.

Each side has set conditions: the government has demanded the withdrawal of the TPLF from the areas it occupies in the Amhara and Afar regions, neighbouring Tigray; the rebels have demanded the arrival of humanitarian aid within a "reasonable time".

However, none of the aid trucks currently positioned in Semera, the capital of Afar, have reached Tigray, where no aid has arrived by road since 15 December.

The WFP recently "welcomed" the announcement of the truce, saying at the time that it "stands ready to deliver large-scale humanitarian assistance to affected populations in northern Ethiopia".

"Our teams, humanitarian supplies and trucks are ready to deliver as soon as safe and unrestricted access is guaranteed by all parties," the UN agency added, without further details.

The WFP estimated in January that 4.6 million people in Tigray, or 83% of the region's six million inhabitants, are "food insecure", while two million suffer from "extreme food shortages".

Since mid-February, humanitarian operations in Tigray - where more than 400,000 people have been displaced by the conflict - have been virtually halted by local shortages of fuel, food and cash, according to the UN. 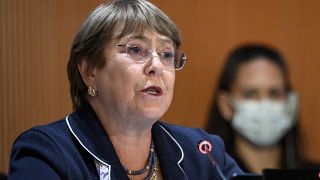