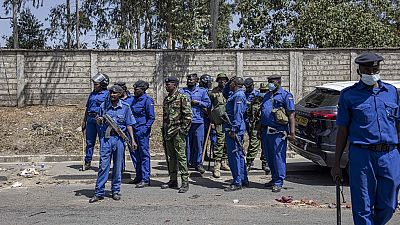 **Kenyan police on Monday announced that they have arrested the alleged ringleader of the attack on a female diplomat by motorbike taxis (boda-boda). **

After the violent attack which took place in broad daylight in the capital Nairobi after a traffic accident, according to the police.

A video posted on social media showing the young woman screaming to defend herself while driving her car as a group of men tried to strip her naked and touch her caused a scandal in Kenya.

The alleged ringleader, who had escaped through a sewer pipe, was arrested on Monday in a town near the Tanzanian border, 400 km from Nairobi.

"He played cat-and-mouse with investigators until his arrest a few moments ago," the Criminal Investigation Department said in a statement, describing him as the country's "most wanted suspect". The suspect is to be flown back to Nairobi where "he will be brought to justice".

Prosecutors said the victim, a Nairobi-based diplomat according to court documents seen by AFP, was also robbed of a phone worth 130,000 Kenyan shillings (about 1,000 euros).

Faced with the outcry across the country, President Uhuru Kenyatta on Tuesday called for a crackdown and ordered a general census of motorbike taxis, known as boda-boda.

In Kenya, sexual assault carries a penalty of up to life imprisonment, while robbery with violence carries the death penalty.

Boda-boda is a cheap means of transport in this East African country, which lacks a well-developed public transport system. They have a bad reputation, disregarding traffic rules and easily attacking other road users.

Boda-boda is also regularly accused of snatching and harassment or assault, even rape. They were classified in 2019 as a "threat to national security" by a Ministry of Interior research unit. 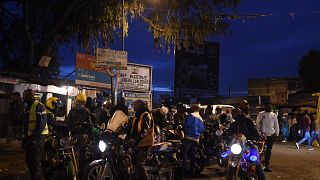 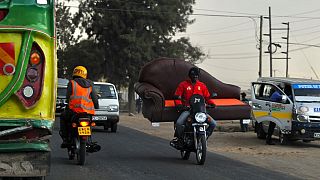