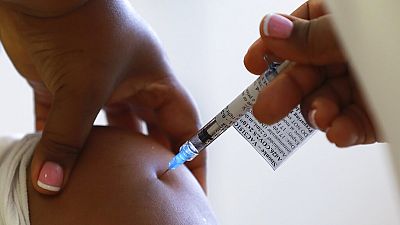 Discussions for this deal started in November last year.

Aspen said in a statement that the deal also allows it to “discuss the expansion of the agreement to include any new versions of the drug substance, such as those developed for new variants or a different formulation for administration as a booster.”

In a separate statement, J&J said the agreement means that Aspen can now supply the COVID-19 vaccine under the Aspenovax brand to all 55 African countries and multilateral entities supporting Africa’s vaccination plan.

Available statistics show that about 12% of Africans are fully vaccinated, which falls short of the World Health Organization’s target of 70% population coverage for all countries.

Johnson & Johnson has shipped more than 200 million vaccine doses to Africa through a combination of advance purchase agreements with the African Vaccine Acquisition Trust, South Africa and Gavi, the Vaccine Alliance, on behalf of the COVAX Facility.

The announcement comes just as J&J rival Moderna announced it had signed an agreement with Kenya to build its first mRNA facility in Africa.