In Sudan, the women's football team is yet to win a match but that doesn't stop their determination.

Overcoming prejudice and a difficult security situation in the country following last year's coup, the female team met their counterparts from South Sudan last month for a friendly match.

Speaking before the match, the South Sudanese team felt it was an occasion to be proud of.

"It's a great feeling for us, it's a moment to be proud of because it's the first time we're playing Sudan" said Amy Lasu, a female footballer from South Sudan.

"Our preparations were not enough. They were very modest and only lasted a short period. We faced the challenges of the protests. We only practised for a week, so we weren't fit enough to perform well. Thank God, our technical team did not fail us", admitted Fatma Gadal, the team's captain.

Women's football faces many obstacles in Sudan with the security situation remaining the main problem.

"The security situation has greatly affected us. A match against Algeria was cancelled due to the security situation. Even during this last period we couldn't properly prepare, and the (women's Sudan) Football Association is new. We had one or two practice days cancelled due to the protests and the insecurity", admitted the team's coach Salma al-Majidi.

Despite the difficulties, women's football is now a reality in Sudan and it will be difficult to overturn this. 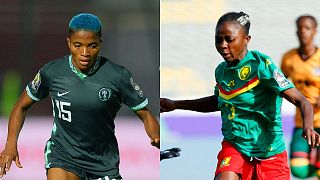