Upon his arrival, El-Sissi met with Prince Mohammed and was later expected to meet l with Saudi Arabia's King Salman to discuss bilateral relations between the two countries, as well as the latest developments in Ukraine.

Both Egypt and Saudi Arabia last week joined the likes United Arab Emirates and other138 other nations to vote in favor of a United Nations General Assembly resolution demanding Russia halt its invasion of Ukraine and withdraw all troops.

The move by the three regional power brokers came just two days after they signed onto an Arab League statement that did not condemn Russia and instead called for diplomacy, an avoidance of escalation and consideration of the humanitarian situation.

Official sources indicated that the two leaders will also discuss controversial Ethiopia’s reconnaissance dam that has been at the centre stage of a dispute between Addis Ababa and Cairo together with Sudan. 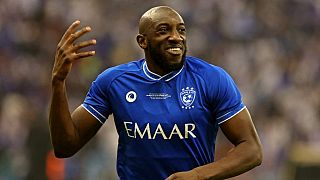