Former International Criminal Court (ICC) Chief Prosecutor Fatou Bensouda was appointed on Wednesday to head the UN commission of enquiry into alleged human rights violations by all parties to the conflict in Ethiopia.

In a statement issued in Geneva, the President of the Human Rights Council, Federico Villegas of Argentina, announced the appointment of the Gambian, as well as two other experts - Kaari Betty Murungi, a lawyer at the High Court of Kenya, and American Steven Ratner, a law professor - who will join the newly created commission.

Fatou Bensouda was the ICC's chief prosecutor from June 2012 to June 2021.

The international commission of enquiry on Ethiopia that she will lead was established for a period of one year. Its mandate is renewable if necessary, by a Human Rights Council resolution on 17 December.

Since its outbreak in November 2020, the war, which began in Tigray (northern Ethiopia) and then spread to the neighbouring regions of Amhara and Afar, has been marked by numerous allegations of abuses on both sides.

Last November, a joint report by the UN High Commissioner for Human Rights, Michelle Bachelet, and the Ethiopian Human Rights Commission documented possible war crimes and crimes against humanity in the conflict.

The three UN-appointed experts are mandated to investigate and gather evidence on human rights violations committed since 3 November 2020 by all parties to the conflict in Ethiopia. The aim is to identify, to the extent possible, those responsible for the violations with a possibility of prosecution.

The resolution establishing the commission was tabled by the European Union and adopted by 21 votes in favour out of 47 states in the Council, against 15 votes against (including China and many African countries) and 11 abstentions, during a special session of the Council.

The Commission will be required to provide an oral update on its work during the fiftieth session of the Human Rights Council in June 2022 and a written report at the following session in September.

The conflict between Ethiopian government forces and rebels in Tigray has left thousands dead, more than two million displaced and hundreds of thousands of Ethiopians in near-starvation conditions, according to the UN. 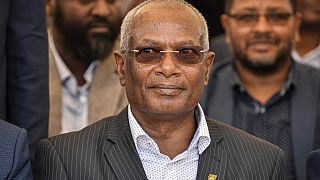 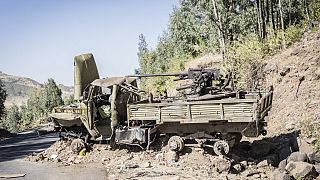