More than a million people have fled Ukraine in the week since Russia’s invasion.

Thousands of Africans were part of the exodus, scrambling to get over borders to neighbouring countries.

Governments from South Africa to Democratic Republic of the Congo are working to help their citizens out, some dispatching diplomats to Ukraine’s borders to aid students.

These young Tunisians were among the first group of students evacuated to Tunis. Relief swept over families once their children made it home.

"There were many difficulties, it was a complicated adventure. It is a war situation with exceptional conditions. It is a disaster. We lived a real nightmare," a student told a journalist.

"I am very happy because my son returned. I am also happy for the others. We hope that all our children will make it back.," a parent said.

Russian forces shelled the Ukrainian capital Kiyv and second city Kharkiv, which have so far resisted. They have captured the southern port city of Kherson.

Meanwhile, Africans were airlifted from neighbouring Poland, Romania and Hungary, where people fled the conflict.

"Evacuation options were limited as Ukraine closed its airspace at the start of the military operations. This left, as the only viable option, evacuation by land to neighbouring countries," said Shirley Ayorkor Botchwey, Ghana's Minister for foreign affairs and regional integration.

Around 16,000 Africans study at universities in Ukraine.

Some have denounced racist treatment by soldiers and border officials who gave preference to whites.

Some people have been waiting at borders for days, enduring temperatures as low as -10° Celsius.

African governments have called for better treatment of their citizens.

Ukrainian foreign minister Dmytro Kuleba tweeted that Africans are friends and need to have equal opportunities to return home. 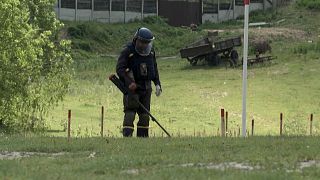 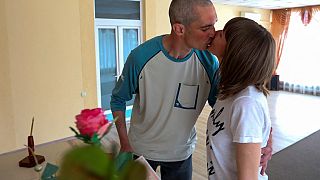 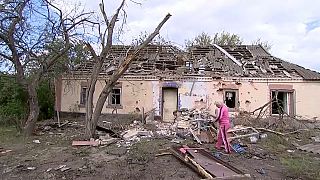