Ethiopian prime-minister, Abiy Ahmed, described the start of power generation at the controversial Grand Ethiopian Renaissance Dam on Sunday as a "milestone".

The dam, built on the Blue Nile, is set to be Africa's largest hydroelectric project once fully completed in 2024.

Only one of 13 turbines is currently operational, with an installed capacity of 375 megawatts. A second turbine is scheduled to start operating within months.

Since 2011 that the project has been at the centre of a regional dispute with Egypt and Sudan that depend on the Nile for drinking water and irrigation.

Talks held under the auspices of the African Union have so far failed to reach agreement in terms of filling and operating the dam's reservoir.

The Ethiopian prime minister dismissed concerns raised by Egypt and Sudan saying that this project is necessary for the country's electrification and development.

The dam is expected to produce more than 5,000 megawatts of electricity, more than doubling Ethiopia's electricity output. 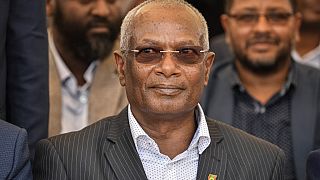