**The Tunisian ministry of Environment said Italy and Tunisia had reached and signed an agreement. Under this deal, 213 containers will be re-exported in the first phase, starting on Saturday, February 19.
**

A news that shall appease Tunisian and Italian relations. Italian waste supplied illegally to Tunisia will be returned to the country it originated in.

The Tunisian Ministry of Environment said the two countries had reached and signed a agreement. Under this deal, 213 containers will be re-exported occasionally in the first phase, towards the port of Salerno, south of Italy.

It is the end of scandal that shocked the Tunisian public opinion. Demonstrations were organized to demand the repatriation to Italy of the waste which was at the time blocked at the eastern port of Sousse.

280 containers had been brought in since 2020 by a Tunisian company that falsely claimed that the household waste - which is barred from import under Tunisia law - was in fact plastic scrap to be recycled.

A fire broke out on December last year in the warehouse of Tunisian company Soreplast where the Italian waste subject to customs control was stored. An investigation was initiated to determine the circumstances of the fire.

According to the terms of tthe agreement, the first ship is set to carry the waste to Italy on Saturday. 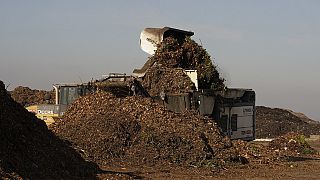 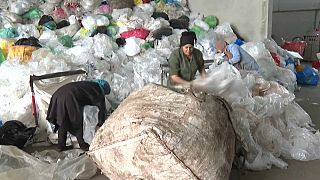