**On Monday, President Ramaphosa released a report he commissioned to an expert panel. The July 2021 civil unrest killed over 300 people leaving hundreds bankrupt.
**

July 2021 riot images are still engraved on South Africans’ minds. Cyril Ramaphosa released, on Monday, a report on the unrest he commissioned to an expert panel.

The1 54-page report found there had been a failure of state institutions in disrupting and anticipating the troubles.

The July 2021 unrest occurred during a tough economic period coupled with a tense political climate, which saw former president Zuma’s imprisonment.According to the panelists, "poorly rolled out programmes of service delivery and unacceptable living conditions, the state of the economy, and the persistent levels of poverty, served to provide the ripe environment to light the tinder box that was the incarceration of former President Zuma that led to many poor and desperate people joining in the looting, alongside those more calculating in their objectives and motivation."

Over the days, the protests turned into riots. People went rampaging through parts of KwaZulu-Natal and Gauteng provinces. Despite security forces, the looting and arson continued to spread until the deployment of the military.

The panel who authored the report also made recommendations on how to strengthen security capabilities.

The panelist have for example suggested "the police work more closely with government departments at district levels to ensure a plan is laid out to address the socio-economic problems that make the population vulnerable to criminal conducts". 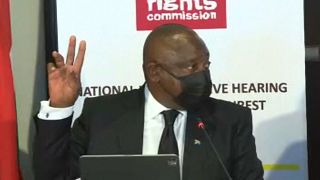 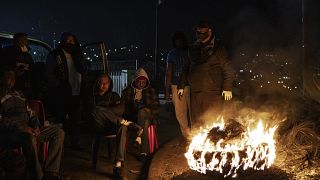