Oil has an outsize influence on Nigeria's economy despite representing a relatively small proportion of its GDP, about 9 percent in 2021.

Oil sales made up one-third of the government's budget revenue and about 90% of the country's export earnings in 2020.

The country pumped 1.7 million barrels per day in 2021, down from 2 million a year earlier.

Nigeria’s economy could rise through the world rankings to the top 10 in 2050 with a projected GDP of over $6 trillion, surpassing Germany, the United Kingdom, France, and Saudi Arabia, said a 2016 report by PwC. But only if Abuja transitions away from over-reliance on oil fast.

Services are the biggest drivers of growth in Nigeria, contributing some 46% to its GDP in 2020, followed by Industry (28.22%) and agriculture (24%). Due to underinvestment though, the sectors have not reached their full potential.

Africa’s most populous country goes to the polls next year fully aware that building lasting prosperity and a resilient economy cannot be delivered by oil.

Andrew Nevin is a senior economist and partner at PwC Nigeria. He joins the program with insights on how Nigeria can get its post-oil future right.

The shortage of competent labor is the result of years of brain drain and the absence of an effective strategy to step up the teaching of science, technology, engineering, and mathematics (STEM).

We report on how a skills crunch could rattle the country’s ambitious economic recovery plans.

Kenya's Tea Board said the last year's exports jumped 13% compared to 2020. Then, the east African country shipped out 518 million kilograms, from which it made $1.06 billion.

Kenya is a leading exporter of black tea worldwide, and tea is a major earner of foreign exchange alongside remittances, horticulture, and tourism.

Much of the crop was bought by Pakistan. 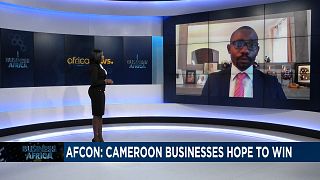