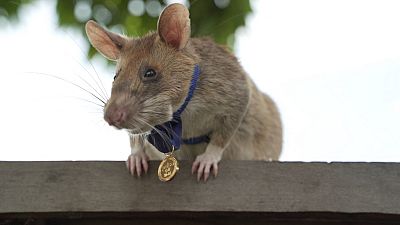 An African rat hero, Magawa’s who became famous for detecting more than 100 landmines in the Cambodian countryside and winning a gold medal for his gifts, has died aged eight.

Magawa passed away "peacefully" this weekend, the Belgian charity APOPO, which trained him, said in a statement.

The group expressed their appreciation for the work of the hero over the years adding that, "All of us at APOPO is feeling the loss of Magawa ".

Magawa, a giant African pouched rat originally from Tanzania, helped clear mines from about 225,000 square metres of land, the equivalent of 42 football pitches over the course of his career.

Magawa retired in June last year after detecting more than 100 landmines and other explosives.

Magawa was reported to be in good health and spent most of last week playing.

However, towards the weekend "he started to slow down, napping more and showing less interest in food in his last days," the charity said.

APOPO trained Magawa to detect the chemical compounds in explosives by rewarding him with tasty treats, his favourites being bananas and peanuts.

He would alert deminers by scratching the earth after using "his amazing sense of smell".

In September 2020, the rodent won the animal equivalent of Britain's highest civilian honour for bravery because of his uncanny knack for uncovering landmines and unexploded ordnance.

Magawa was the first rat to receive a medal from British veterinary charity PDSA in the 77 years of the awards. 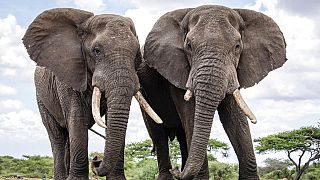 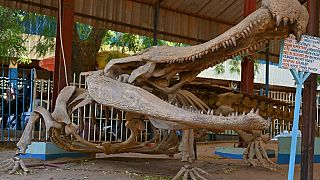 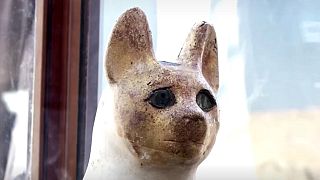