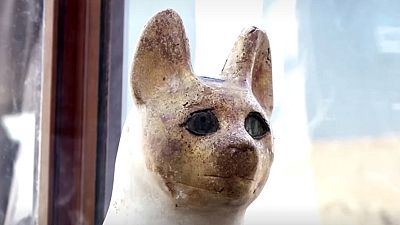 Egyptian antiquities authorities uncovered a large cache of mummified animals and what they say is the world’s largest scarab beetle at the ancient Saqarra necropolis, south of Cairo on Saturday (November 23).

The discovery, made last year by an Egyptian archaeological mission uncovered a cache housing ancient artefacts including masks, statues and mummified cats, crocodiles, cobras and birds.

Secretary-general of the Supreme Council of Antiquities, Mostafa Waziri who led the mission, said they also uncovered a tomb belonging to a fifth dynasty royal priest ‘Wahtye’.

The discovery included around 75 wooden and bronze statues of cats.

Waziri also said that CT scans done on five of the biggest mummified cats revealed that there is a strong likelihood they are lion cubs, according to the size and shape of the bones.

Minister of Antiquities Khaled al-Anany also said that French Egyptologist Alain Zivie had previously discovered a skeleton of a lion in the area.

The discovery included around 75 wooden and bronze statues of cats.

Saqqara served as the necropolis for Memphis, the capital of ancient Egypt for more than two millennia.

Ancient Egyptians mummified humans to preserve their bodies for the afterlife, while animal mummies were used as religious offerings. 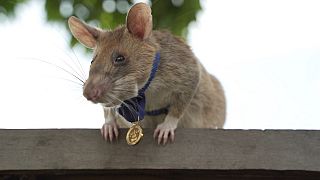