Four Kenyan police officers were sentenced on Monday for the manslaughter of the son of a British aristocrat nine years ago.

Alexander Monson was found dead in a police cell in the coastal town of Diani in May 2012.

At a court in nearby Mombasa, Judge Erick Ogola read out the verdicts for the group of officers.

Naftali Chege, Charles Munyiri, Ismael Barak and John Pamba will all spend between nine and 15 years behind bars.

Following the verdict, Monson's parents reacted to the sentences.

His father, Lord Nicholas Monson, said that he wished the verdict was stronger but was "happy" about the convictions.

Monson's mother Hillary Martin said that while accepting the ruling and the judge's expertise, "as a mother" she believed the sentences were a "poor exchange" for the work which had been put into the legal case.

She also highlighted the fates of other mothers, who have lost children and "particularly sons" to police violence in Kenya.

Before his death in 2012, Alexander Monson was arrested at a nightclub in Diani and was accused of possessing marijuana. 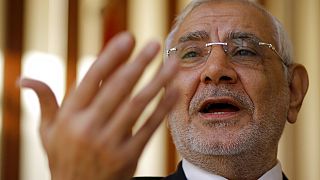