Activists demanding the military keep out of politics have announced a schedule of protests leading up to mass rallies on November 13th under the slogan: “No negotiation, no partnership, no compromise.”

The coup, led by Sudan’s top general Abdel Fattah al-Burhan, halted a power-sharing arrangement between the military and civilians that had been agreed after Omar al-Bashir’s overthrow in 2019 and was meant to lead to democratic elections by late 2023.

Top civilians including several ministers were detained, and the prime minister, Abdalla Hamdok, was placed under house arrest.

Since then, mediation efforts involving the UN have sought the release of detainees and a return to power sharing, but sources from the ousted government say those efforts have stalled.

Latest reports say nearly 100 teachers have been arrested by the military. 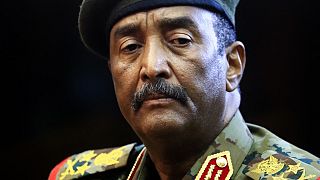