Cameroonian football star Samuel Eto’o has expressed hope that African team and players would win big at the Qatar 2022 FIFA World Cup which is expected to take place in Qatar between November 21 and December 18, 2022

In an exclusive interview with African news’ Michael Oduor, the Qatar Legacy ambassador said that a team like Cameroon, which will host the CAF 2022 games, stands a better chance of lifting Africa’s top prize.

There isn’t a bad team. I hope that the Cameroonian team will win this Cup (CAF 2022) because we will play at home before our own fans and I hope that we will win this. I know it will not be easy but it is possible.

Africa is proud to have living football icons like Didier Drogba and Samuel Eto’o, another duo is also in the making, the Liverpool strongmen, Mohamed Salah and Sadio Mané. Eto’o revealed that Africa has a pool of talents that goes beyond the borders.

We have a chance today as Africans because we have many talented players. It is true that we know players like Sadio Man**é**_ who’ve made a name out there as one of the best African players. But we also have a Nigerian team that has good players featuring in European matches. If you take a look at the Cameroonian team, it is well composed of good players too with players like Aboubakar Vincent._

The 2022 FIFA World Cup will kick off on Monday 21st November 2022. So far, Senegal and Morocco have qualified for the playoffs of the 2022 World Cup qualifiers. 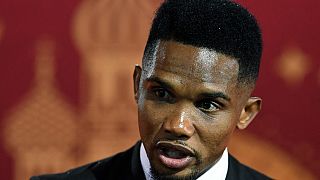