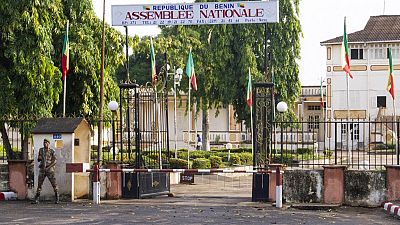 Benin has become one of the few countries in Africa to authorise abortions, after parliamentarians voted on a law that has divided public opinion in the coastal nation.

Abortions were previously authorised in the country if pursing the pregnancy "threatened the life of the mother", was "the result of a rape or incest" or when "the unborn child has a particularly severe affection".

After a heated debate in parliament late on Wednesday, with some lawmakers strongly opposed to legalising abortion further, the amendment finally passed.

Under the new text, abortion "can be authorised" within the first three months if it is likely to "aggravate or cause material, educational, professional or moral distress, incompatible with the woman or the unborn child's interest."

Several countries in Africa have total bans on abortion, including Congo-Brazzaville, the Democratic Republic of Congo, Djibouti, Egypt, Guinea-Bissau and Senegal.

In Benin, "nearly 200 women die each year as the result of abortion complications," said health minister Benjamin Hounkpatin in a statement Thursday.

"This measure will be a relief for many women who face undesired pregnancies, and are forced to put their lives in danger with botched abortions," he added.

The minister said that complications from abortions were the cause of 20 percent of maternal deaths in the country.

"It is because of this public health threat that the government has taken its responsibilities by submitting a text that lawmakers have passed," said Hounkpatin.

He said the new measure's "unique goal" was to "save human lives" and that "voluntary termination of pregnancies will remain a last resort".

The influential Episcopal Conference of Benin said it was "highly preoccupied by the proposed law to legalise abortions".

"Abortion not only destroys the life of the foetus but also that of the mother, in many aspects," the religious group said in a statement, adding that "honest and reliable alternatives" exist.

Opinions were divided after the vote.

Feminist activist Faustine Adjagba, 35, said it was a good move.

"We have to let women chose freely whether or not to have a child," she said.

"And we have to protect women from all these charlatans and fake abortion providers that flourish in our towns and villages."

But Alphonsine Goudalo, 41, who heads a non-profit organisation, said she was outraged and "very disappointed that an entire parliament came to such a conclusion".

"Our religious leaders should step up and force lawmakers to change their vote," she said.

Abortion laws vary wildly around the world, but only a minority of countries have outright bans.

Women from Europe, North America and Oceania benefit from the most liberal legislation, in some cases acquired only recently.

On Wednesday, El Salvador's Congress voted to uphold the country's complete abortion ban, even on terminations in exceptional circumstances.

New Zealand only decriminalised abortion in March 2020. Up to then it was punishable with a 14-year prison term.