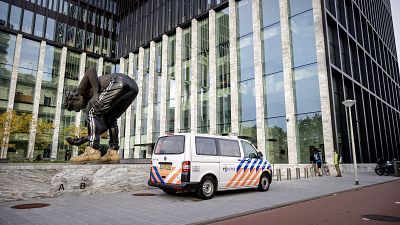 Dutch prosecutors put an Eritrean people-smuggler on their most wanted list on Tuesday, accusing him of running a criminal gang that brutally abuses migrants trying to reach Europe.

Kidane Zekarias Habtemariam, 37, runs a camp in Libya housing thousands of people where his organisation "extorts, kidnaps and rapes Eritreans" travelling to countries including the Netherlands, prosecutors said.

The wanted notice describes Habtemariam as "one of the world's most notorious and cruellest people smugglers". He has been missing since escaping from a court in Ethiopia earlier this year, it added.

"His victims are subjected to severe beatings, kidnapping, rape, and/or unlawful deprivation of liberty," the notice said, saying that his gang sought to "make as much money as possible on the backs of migrants.

"Many do not survive the journey to Europe, and even if they do make it to the Netherlands, he extorts money from them by making them pay him for the next member of their family who is on their way to Europe," it said.

Habtemariam is also suspected of laundering the group's profits.

An Ethiopian court had already sentenced him to life imprisonment in absentia, the statement added.

Dutch prosecutors said Habtemariam was wanted as part of a "large-scale international investigation" being conducted by the Netherlands in cooperation with countries including Italy.

They appealed to Eritreans living in the Netherlands to give information about him.