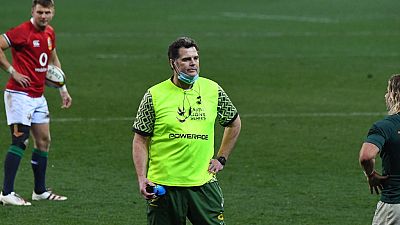 South Africa director of rugby Rassie Erasmus dared World Rugby in an hour-long video diatribe last week to come after him and the governing body responded on Monday by citing him for misconduct.

Erasmus has publicly criticized the match officials in the ongoing series with the British and Irish Lions, and it was condemned by World Rugby in a statement. The body also cited SA Rugby and censured the management of both teams. They were reminded of “their obligations regarding the values of the sport.”

Erasmus began taking potshots at the Lions before the test series, after Lions coach Warren Gatland criticized a reckless high tackle by Faf de Klerk while playing for South Africa A.

Erasmus then used videos on social media to question the legality of Owen Farrell's tackle technique. But the former Springboks coach escalated the tit-for-tat after the Lions won the first test 22-17.

But the entertainment turned unconventional last week when Erasmus fronted a 62-minute video which savaged the refereeing of Nic Berry in the first test. Erasmus used 26 clips to highlight mistakes or inconsistencies that he believed cost the Springboks.

Springboks assistant coach Mzwandile Stick accused the Lions of “destroying the dignity of the series” when they raised concerns about the appointment of South African Marius Jonker as the television match official.

Springboks coach Jacques Nienaber said before the second test on Saturday that Erasmus had their support. They won the second test 27-9 and the series is going to a decider this Saturday in Cape Town.

World Rugby asked SA Rugby for an explanation last Friday and made the double citing on Monday with a rebuke of both team managements.

"Match officials are the backbone of the sport, and without them there is no game,” the statement said.

"World Rugby condemns any public criticism of their selection, performance or integrity which undermines their role, the well established and trust-based coach-officials feedback process, and more importantly, the values that are at the heart of the sport.

"Having conducted a full review of all the available information, World Rugby is concerned that individuals from both teams have commented on the selection and/or performance of match officials.

"However, the extensive and direct nature of the comments made by Rassie Erasmus within a video address, in particular, meets the threshold to be considered a breach of World Rugby regulation 18 (misconduct and code of conduct) and will now be considered by an independent disciplinary panel.

"World Rugby has reminded the management of both teams of the importance of this area and their obligations regarding the values of the sport.”

A hearing date was not given, which could free Erasmus to continue in the test series as a water carrier also passing on-field messages.

World Rugby added it will review its code of conduct in relation to the public criticisms of the match officials to strengthen its rules and sanctions. 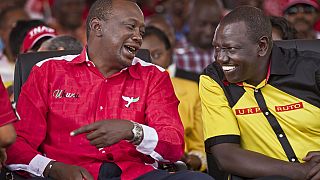 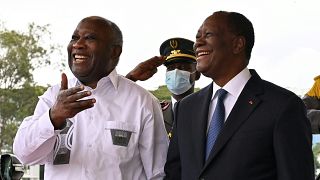