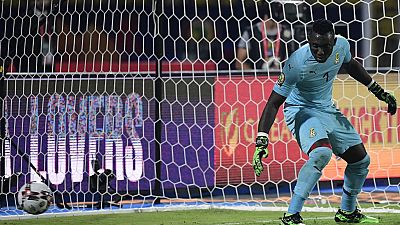 A player in the Ghana Premier League Hashmin Musah has claimed that he scored two deliberate own goals in a match on Saturday so as to foil an alleged match-fixing plot.

A defender for Inter Allies, Hashmin Musah came on against Ashanti Gold with the score at 5-0 and scored two deliberate own goals in the final 12 minutes. The match finished 7-0 on the final day of the season on Saturday.

Musah insists his goals were deliberate and that his team mates congratulated him for spoiling the 'pre-agreed' scoreline put in place for betting reasons.

"I heard it in our hotel that a bet had been made for a correct scoreline of 5-1 against my club Inter Allies. I promised my coach that if he allows me to play from the bench, I will spoil the bet. And after the game, my team congratulated me" Musah told Kumasi FM.

“I decided to spoil that bet because I don’t condone betting." the centre back stressed.

The Ghanaian FA in a statement have said they will investigate the matter further.

A statement on their website read: **'The Association will lodge a complaint on the match with the Criminal Investigation Department of the Ghana Police Service and the Ghana wing of Interpol for the criminal investigation of the game.' **

Videos of the defender’s goals went viral on social media, prompting calls for investigations, while Ashanti Gold, the opponent team have stressed they had no involvement in the alleged match-rigging agreement.

“We take notice of the videos circulating in relation to our game against Inter Allies and wish to unequivocally disassociate [ourselves] from any wrongdoing,” Ashanti Gold said in a statement on Monday.

Inter Allies went into the final game of the season already condemned to relegation from the Premier League, and were 5-0 down before Musah's introduction.

He would later be substituted out of the match just before full-time following his two own goals.