Rwanda sent members of its defence forces and officers from its national police to northern Mozambique on Saturday.

The move is in response to a request for support in the gas-rich nation's battle against the growing Islamist extremist insurgency which has claimed over 2,000 lives and displaced 700,000 people.

Colonel Lonard Rwivanga, spokesman for the Rwanda Defence Forces (RDF) outlined the initiative to the media.

Rwanda has promised 1,000 troops -- who will be joined by a 12 million US dollar deployment Standby Force Mission from the 16-nation Southern African Development Community (SADC).

The mission is to begin on July 15 for at least three months and the length of this mission could be extended.

Colonel Rwivanga added, "The operation is not time-specific, it is mission-specific. So we will complete our job fast and then determine when to leave."

SADC Military experts recommend that 3,000 soldiers with arms, helicopters, aeroplanes and naval capacity be sent to Mozambique where the insurgency that erupted in Cabo Delgado province in 2017 continues to intensify.

The insurgents have held the port of Mocimboa da Praia since August last year and have repeatedly attacked the strategic centre of Palma -- forcing the French energy firm Total to suspend its 20 billion US dollar liquefied natural gas project.

The Rwandan and regional interventions come as the insurgent attacks in northern Cabo Delgado province intensify, with rebels targeting villages and islands and beheading some residents.

Witnesses have said the fighters are looting and warning residents to leave or be killed.

The World Food Programme has warned of a growing hunger crisis as nearly one million people need food aid. 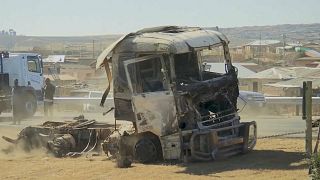 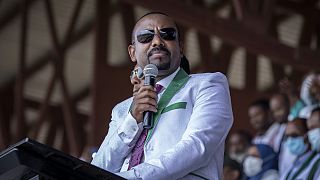