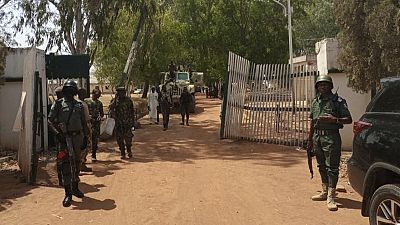 Some 140 students were kidnapped, presumably to exchange them for ransom, a member of the school said.

"Attackers took 140 students with them, 25 managed to escape," details Emmanuel Paul, who teaches at the Bethel Secondary School boarding school.

Some 165 students were sleeping in the boarding school at the time of the attack.

"The gunmen climbed over the fence to enter the school," he reported, stressing that "everything indicates that they arrived on foot.

This is the third major attack in Kaduna in the last three days.

On Sunday, at least eight employees of a Kaduna State hospital were kidnapped, according to police, although local sources say 15 people were abducted, including two nurses and their baby.

Nigeria's Kaduna state has been regularly targeted by gunmen.

Since December, criminal gangs known locally as bandits have increasingly targeted schools and colleges for kidnapping attacks, hoping to squeeze ransom payments out of authorities.