WHO renames Covid-19 strains to remove association with countries 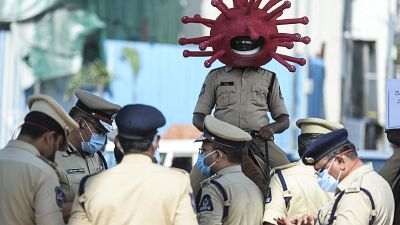 The World Health Organisation (WHO) on Monday introduced a new system to name coronavirus variants in a bid to do away with labels associated with countries, places or people.

The system is based on the letters of the Greek alphabet.

The United Kingdom variant, called by scientists B.1.1.7, will now be Alpha. B.1.351, the South Africa variant, will now be Beta and the B.1.617.2 variant discovered in India will now be known as Delta.

The variant first discovered in India has caused alarm around the world after being blamed for an unrelenting wave that has resulted in millions of infections in the Asian country.

When the 24 letters of the Greek alphabet are used up, WHO will announce another series.

Experts have argued that naming virus strains after places or countries where they are first discovered promotes stigma and discourages countries from reporting new strains for fear of international isolation and negative sentiments.

In a statement, the WHO said that the established scientific nomenclature systems for tracking SARS-CoV-2 mutation would remain in use in the scientific community.

Coronavirus was first detected in the Chinese megacity of Wuhan in December 2019. While the media initially called it the Wuhan virus and Wuhan pneumonia, the WHO officially named it Covid-19 in February 2020.

"We now have a name for the disease and it's Covid-19," WHO chief Tedros Adhanom Ghebreyesus told reporters in Geneva.

However, US politicians including former President Donald Trump and Secretary of State Mike Pompeo continued to use the ‘China virus’ tag, prompting outrage from Beijing.

The increased vilification of China in US media since the outbreak of the pandemic has also been blamed for fueling a rise in anti-Asian hate crimes.

On Tuesday, the WHO's Strategic Group of Experts of Immunizaion (SAGE) validated the Sinovac vaccine developed by Chinese pharmaceutical company Sinovac Biotech for emergency use.

It becomes the second vaccine made by China to get international approval. Sinopharm, made by China National Biotech Group (CNBG) was validated two weeks ago.

China has administered over 500 million vaccines at home and shipped millions abroad.