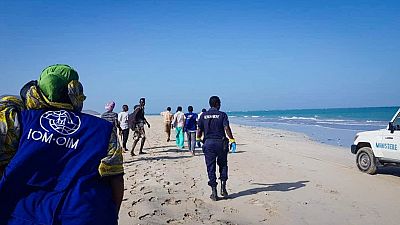 The regional head of the International Organization for Migration (IOM) said on Monday that 34 migrants had died after their boat capsized off Djibouti.

"The migrants were being transported by smugglers," Mohammed Abdiker, IOM's director for the East and Horn of Africa, wrote on Twitter, lamenting the "second such tragedy in just over a month" after 20 people died in the same Bab el-Mandeb Strait on March 4.

"Many children" are among the bodies found, a source within the IOM told AFP, indicating that the capsizing "happened around 04:00 in the morning, north of Obock", a city on the Djiboutian coast.

"It is a boat that left Yemen with about 60 migrants on board, according to survivors," added this source.

"The boat would have been chased by the coast guard and there were also, apparently, big waves, the weather was bad," she explained, stressing that the survivors were "taken care of by IOM and the authorities" Djibouti.

The Bab el-Mandeb Strait, which separates Djibouti from Yemen, is a place of heavy traffic of migrants and refugees, where both Yemenis fleeing the war and Africans going to try their luck in the Arabian Peninsula cross.

In March, some 20 migrants from Djibouti drowned after smugglers threw dozens of people on an overcrowded boat of 200 people into the sea.

Two similar incidents were reported in October, resulting in the deaths of at least 50 migrants.

"Apprehending and prosecuting human traffickers and smugglers who exploit the vulnerabilities of migrants must become a priority," Abdiker said in his tweet, lamenting "too many lives lost unnecessarily." 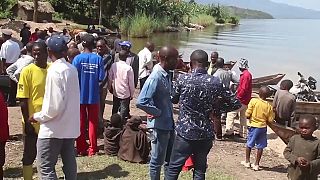