Spain's Prime Minister Pedro Sanchez wrapped up business in Angola on Thursday with the signing of agreements on fishing, agriculture and industry as bilateral cooperations between the countries intensify.

It comes as Spain's economy has been battered by the coronavirus pandemic and seeks new partnerships in Africa.

For its part, Angola is, in turn, seeking new markets to diversify its economy away from oil.

"Angola is also an important regional actor, which I have also had the opportunity to acknowledge to President Lourenço in the bilateral conversation we have had," said Sanchez in the capital Luanda.

"Its commitment to peace and stability are important assets that have given Angola weight, respect and influence in achieving peaceful, dialogue-based solutions to the conflicts in the region.

"We welcomed President Lourenço's commitment to mediation and the search for dialogue-based solutions to the conflicts in the three major regions of sub-Saharan Africa: the Gulf of Guinea, the Great Lakes and Southern Africa."

Cooperation between the countries has intensified in the business sector in recent years with the increase of Spanish companies in Angola.

"The prime minister of Spain on Thursday ended his visit to Angola, a country he considered to be of strategic importance in the plan to implement his foreign policy with a focus on Africa," said Euronews correspondent Neusa E Silva.

"He is heading to Senegal where he will also participate in a business forum followed by a meeting with President Macky Sall and the respective diplomatic corps." 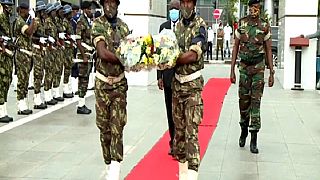 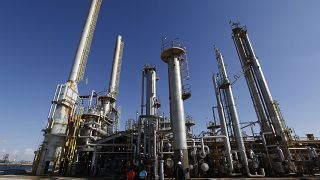