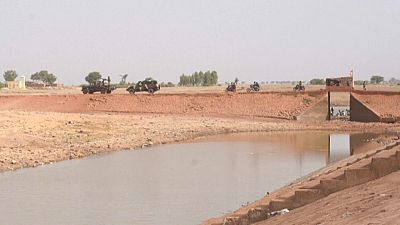 The town of Konna in the Central region of Mali is an area regularly hit by jihadist attacks.

Over the weekend, the country’s interim Prime Minister, Moctar Ouane visited the area to inaugurate a new fishing port and a new military camp.

The gesture symbolizes a sign of hope in this war-torn region.

"In order to provide a sustainable response to the crisis in the centre of our country, we must materialize two principles through concrete actions. The first is the main principle of national solidarity: this solidarity must be the first response to the tragedy that is affecting our fellow citizens in the central regions. This national solidarity must be shown at all levels", Ouane said.

In January 2013, jihadists took control of Konna before the main city of Mopti.

Eight years down the line, the Interim Prime Minister, Moctar Ouane believes that the rehabilitation of the port is an indication of what will continue to be done in the region.

Demba Samouka is Deputy Mayor of Konna. He touts the achievements of his people despite the insecurity.

"Konna has a resilient population that since 2013 has not hesitated to fend for itself, men and women alike. Konna is one of the main fishing ports in the region, everyone knows it since the time of the colonists. Ivory Coast, Ghana, Burkina and everywhere! Everyone used to come to Konna to buy fish",

Since 2015, jihadism has spread to the countryside of central Mali.

Abuses against Fulanis are rife in Konna, where a fair brings together many herders from the area every week.