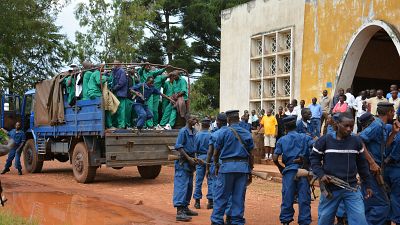 Burundi is to free 5,255 prisoners as part of a presidential pardon aimed at emptying overcrowded jails, according to a decree seen by AFP on Monday.

The Burundian branch of the international NGO Action by Christians for the Abolition of Torture (ACAT) said it amounts to 40 percent of an estimated 13,200 prisoners.

The East African country’s prisons have a capacity of 4,100.

In the decree, President Evariste Ndayishimiye said he is “convinced that an exceptional measure of clemency is needed to decongest prisons and improve conditions of detention.”

The prisoners to be pardoned are those serving sentences of up to five years, with certain exceptions such as participation in an armed group or threatening national security.

Those convicted of corruption will also be freed on the condition that they pay back misappropriated funds as well as damages and interest ordered by the courts.

“Any measure of pardon is to be praised, given the overpopulation in Burundi’s prisons. But unfortunately, these criteria exclude many of the political prisoners arrested since the start of 2015 crisis in Burundi,” said Pacifique Nininahazwe, an exiled member of civil society.

Ndayishimiye was elected in May last year, raising hopes that the iron-fisted and repressive state would open up, which have since been dashed.

He succeeded the late president Pierre Nkurunziza, whose insistence on a third term in office in 2015 plunged the country into a serious and prolonged political crisis marked by summary executions, disappearances, arbitrary arrests and torture of dissidents.