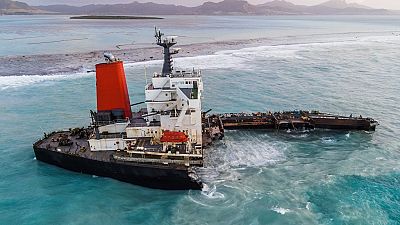 More details are emerging over the Mauritius oil spill as the probe into the incident continues.

The captain of the boat at the center of inquiry, Captain Sunil Kumar Nandeshwar, told the inquiry committee that he steered the vessel near the shore to look for internet connection.

"There was no internet on the ship and I agreed to dock in Mauritius so that the crew members could communicate with their relatives as it helps keep the morale of the crew high,” said Captain Sunil Kumar Nandeshwar.

Some crew members told the inquiry commission that the captain had given them permission to have a birthday party and most of them got drunk during the July 2020 incident.

The company in charge of the ship the company Japan P&I Club has come under lots of criticism from over the spill that led to the death of some 50 dolphins, whales, and other marine creatures.

Thousands of locals had worked for days to try and reduce the damage and contain the oil spill and France sent a naval ship, military aircraft, and advisers from the nearby island of Reunion.

The company had initially pledged to support local fishermen affected by the spill in Mauritius. The government had also demanded 34 million dollars compensation from the devastations caused.

A second rally on September 12 brought another 20,000 people out to Mahebourg, a fishing village near the spill site.

Frustration over the handling of the oil spill has heaped pressure on Prime Minister Pravind Jugnauth, whose administration has been dogged by allegations of corruption and nepotism. 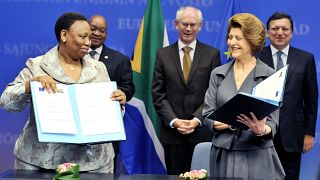