The struggle over Haiti's presidency intensified Monday as opposition politicians named their own leader of the country in an effort to drive out President Jovenel Moise, whose term they say has expired.

The smoldering political crisis flared up Sunday, when officials claimed they had foiled an attempt to murder the president and overthrow the government in a coup.

Moise has been governing without any checks on his power for the past year and says he is president until February 7, 2022 -- an interpretation of the constitution rejected by the opposition, which led to protests asserting his term ended on Sunday.

Some small demonstrations took place over the weekend, which included clashes with police, but residents of the capital Port-au-Prince largely stayed at home in a nation gripped by political uncertainty and a resurgence of kidnappings for ransom.

In a video statement sent to AFP, judge Joseph Mecene Jean-Louis, 72, said he "accepted the choice of the opposition and civil society, to serve (his) country as interim president for the transition."

But the United States has accepted Moise's claim to power and he appears to have retained leadership of the Caribbean island nation, which has a long history of instability and deep poverty worsened by natural disasters.

UN Secretary-General Antonio Guterres is monitoring the situation "with concern," his spokesman said, adding that "it's very important that all stakeholders address their differences through peaceful means."

The spokesman noted that Moise "was sworn in in February 2017 for a five-year term," without commenting directly on whether the UN considered the president to be legitimate.

"There's a two-year roadmap laid out, with the establishing of a national conference, the setting out of a new constitution and the holding of elections," he said.

The opposition has also attacked the claim Moise was targeted by a coup attempt, saying he was no longer legally the president.

"We are waiting for Jovenel Moise to leave the National Palace (the president's official office) so that we can get on with installing Mr Mecene Jean-Louis," opposition figure Andre Michel told AFP.

The dispute over when the president's term ends stems from Moise's original election: he was voted into office in a poll subsequently canceled after allegations of fraud, and then elected again a year later, in 2016.

After that poll was also disputed, demonstrations demanding his resignation intensified in the summer of 2018.

Voting to elect deputies, senators, mayors and local officials should have been held in 2018, but the elections have been delayed, triggering the vacuum in which Moise says he is entitled to stay for another year.

At present Haiti lacks institutions that could break the stalemate over the presidency. The Constitutional Council, which should have decided on the length of the presidential term, only exists on paper.

Nor can the Senate establish itself as a high court as the law allows, because only a third of senators remain in office due to the lack of elections under the Moise administration.

In the last presidential elections, barely more than 20 percent of voters took part in the ballot that brought Moise to power. 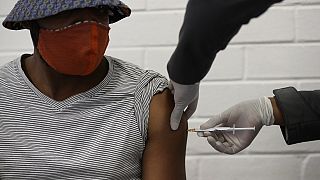