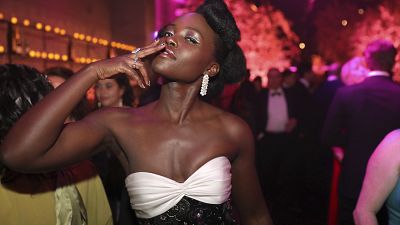 Oscar Award-winning Kenyan actress Lupita Nyong'o, 37, has hit back at Kenya's tourism minister for saying she has been unreachable for the last five years.

The Tourism Minister Najib Balala had named British model Naomi Campbell as the country’s international tourism ambassador and defended the decision with the comment on Lupita's "inaccessibility".

As criticism grew on why the role had not been given to Lupita Nyong’o, an international Kenyan personality, Mr Balala insisted they had tried and failed to make contact with her.

“I know everybody is asking why not Lupita. Lupita has commitments and her managers cannot allow us to access her. We’ve spent the last five years looking for Lupita,” Balala said.

According to him, Naomi Campbell's services were offered to Kenya for free.

“We have a framework to work around her and she accepted to do it for free. She offered herself because of her love and commitment to Kenya. We are now working on the details on how do we use her to promote the destination,” he said.

In a reaction, Lupita posted a photo of herself laughing on Twitter with the message: “Me when I hear the Kenya Ministry of Tourism has been looking for me for five years.”

Her tweet was with the hashtags: “I am right here baby” and “alternative facts”. Nyongos reaction ended up trending and getting Kenyans to argue on her level of patriotism.

Meanwhile, the Black Panther star has announced an audiobook version of her 2019 children’s book, Sulwe, will be released by Listening Library on February 23. Nyong’o revealed that the narration will help readers further connect with the characters.

In an interview with People magazine, she said that the narration will help readers further connect with the characters.

“Listening to a book read aloud is such a personal, intimate way to experience the characters and story, I wanted to narrate the audiobook for Sulwe myself in order to bring to life the characters as I had imagined them in my head when writing the book.” Nyong'o said.

'Sulwe' is a children’s book that tells the story of a 5-year-old girl, whose skin is darker than that of her mother and sister. It’s not until Sulwe (meaning “Star”) embarks on a magical journey through the night sky that she discovers how special she truly is.