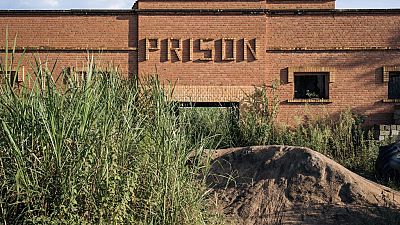 Authorities in Mozambique say they have captured eight out of 15 inmates who escaped a prison in the central Zambezia province eight months ago.

The prison authorities said that the operation to capture the remaining inmates was ongoing.

The National Prison Service Provincial Director in Zambezia, José dos Santos, said the eight were found within the province.

The prisoners are reported to have escaped from the Ile district prison May last year after breaking through the window of a female prison cell.

Up until then they had been serving different jail terms for different offences. The incident had coincided with a visit by the Deputy Justice Minister Filimão Suaze to the province.

Prison escapes and jail breaks are common in Mozambique which was once accused by rights group Amnesty international of jailing thousands illegally.

The 2012 report, a collaboration between Amnesty International and the Mozambique Human Rights League, described how people from poor social groups are particularly at risk of being locked up for months, sometimes years, in overcrowded cells without having committed a crime.

In 2016, the Maputo Penitentiary (formerly known as the Maputo Central Prison) was reported to have held more than three times the number of prisoners it was designed for. The prison has an installed capacity to hold 800 inmates.

Reforms would later take place by the government but some observers note not much has improved or changed.